Click on the button on the bottom left of my music to turn the page.

To view the map of where I cycled on the Methanex Family Bike Ride 2017, click on this link

Yesterday Dad and I were very excited because the Nitro Circus was on! When we went in there was a man who checked our tickets and we were good to go. On the first day it was raining and we sat down for a long time and then they said it was cancelled but on the next day it was sunny the whole time.

First the people on the motorbikes did tricks up a ramp. Next some BMX people did very crazy tricks on BMX bikes, scooters and roller skates. Some people tried to go down on some furniture. One person went down on a couch, caldron and a super market trolley.

When we were watching the Nitro Circuses tricks Dad and I watched the mistakes and people hurting themselves. Once a little girl went on a motorbike and braked her leg and she nearly fell 2.5m but lucky the other rider caught her.

On the 17 of January 2017 I went to the Huka Prawn Park.  Dad, Mum, Daniel and I went fishing for prawns.  Dad caught one prawn and I caught one prawn.  Dad caught a small prawn and I caught a very huge prawn. When I caught the the prawn it was nearly going to pinch me with it’s long blue pincers.  Before we caught the prawn I saw a sign with the biggest prawn caught.  It had a person called Jackson C, from Wellington, who had caught a 35 centimetre  prawn.  But I caught a whopper 37 centimetre prawn.  On the 18th of January I got a special treat.  I got to go to the prawn park to get a photo with my name on the board.  I have caught the biggest prawn this summer! 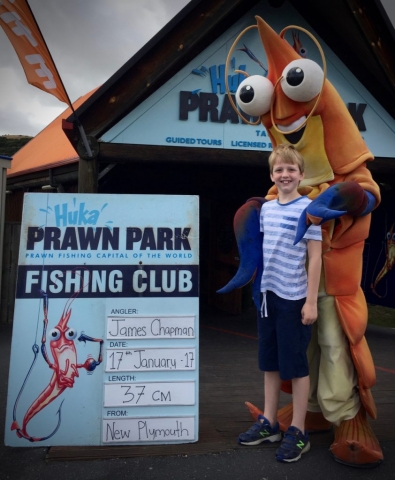 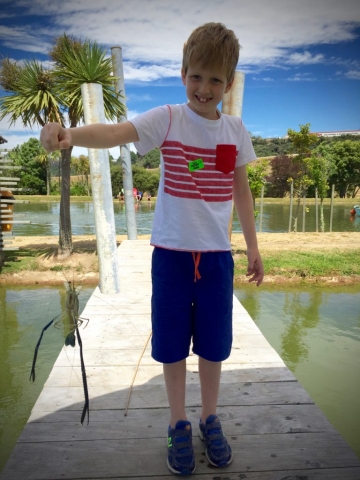 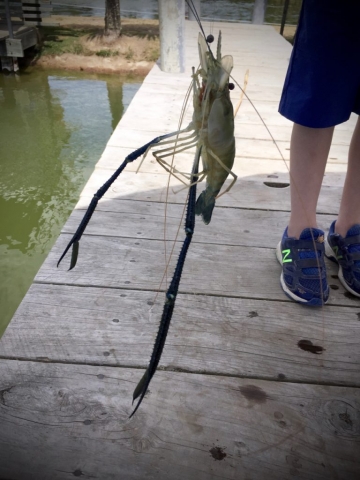 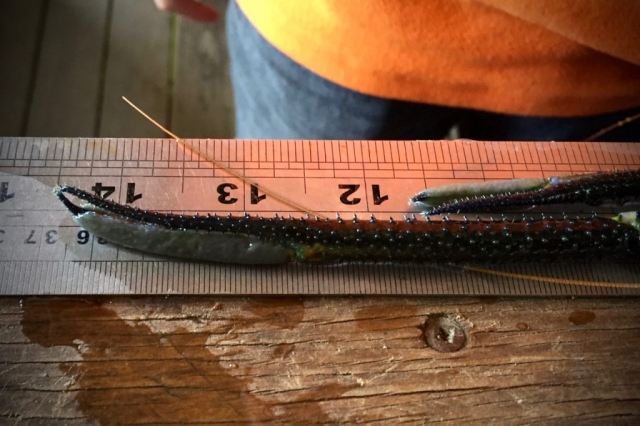 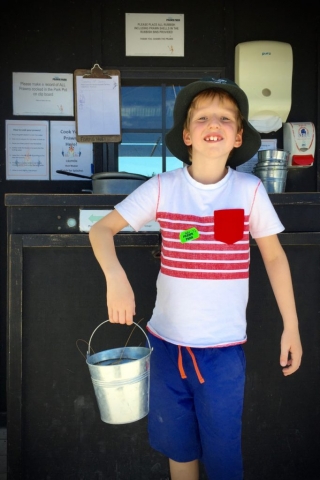 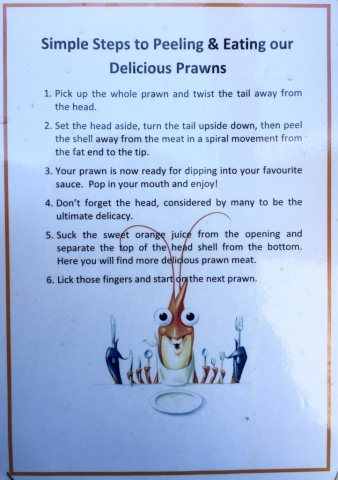 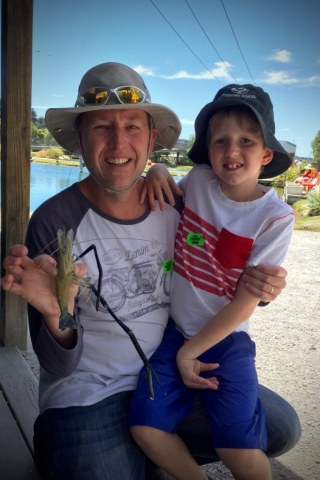 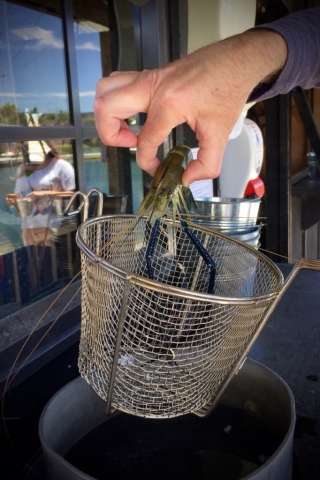 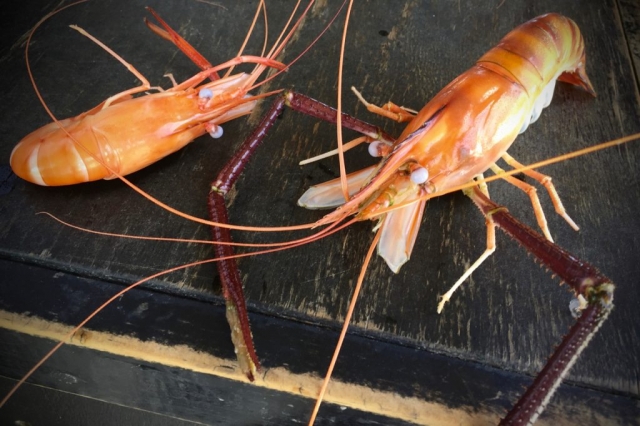 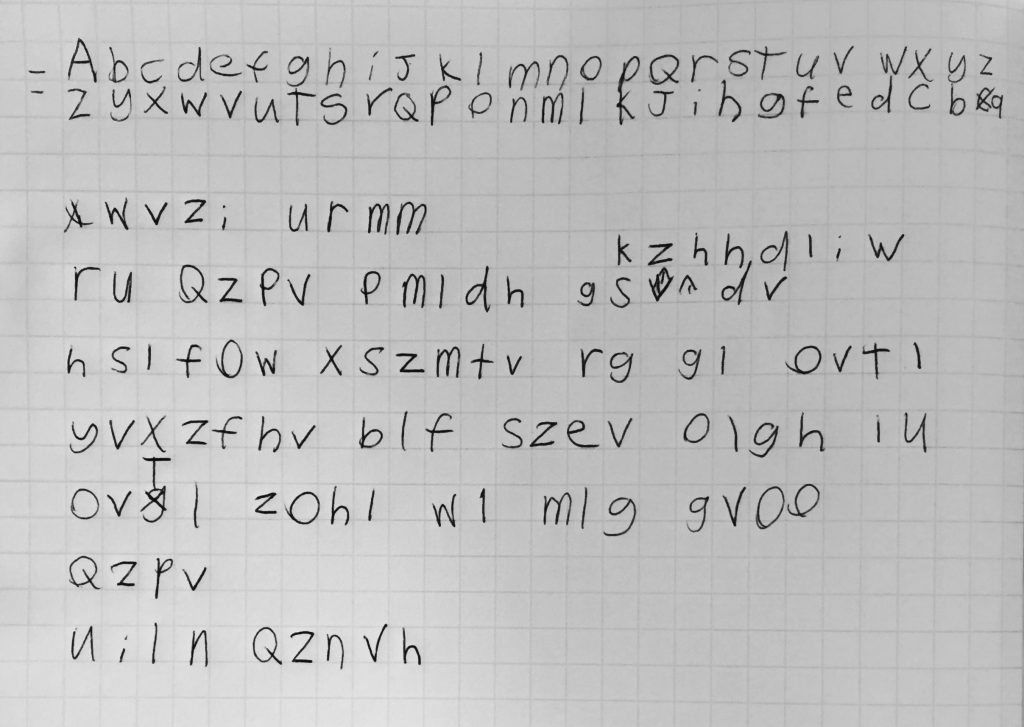 On the 27th of October I couldn’t sleep well so I made a secret code to my best friend Finn.  I did my first Atbash cipher. 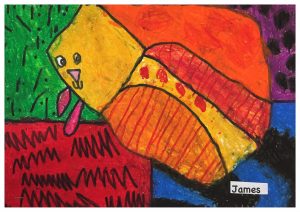 If you want to have a go making one of these, go here…

At school with Mrs Bennett I made my own Koru design.  I made it from cardboard and cut Koru shapes out and stuck them on with PVA Glue and pushed it dow 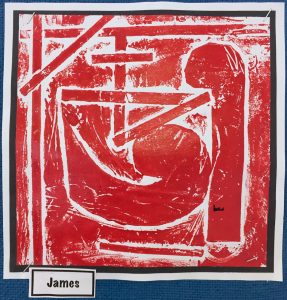